Nevertheless, my hand followed through. I think I was persuaded by the unimposing nature of this concise little 100-page book.

I was pleasantly surprised; this is a great little book for stimulating some thinking around the role of an architect for the advanced reader. But I worry that it attempts to position itself as "An Introduction". A novice, unprepared to read the text critically, may easily be mislead by the book's definitive statements about what a software architect is and what they do.

Personally, I believe the book is fundamentally flawed in three important aspects:

1. Are we really in Crisis because we lack a Software Architecture Profession?

Firstly, the premise that today's Crisis in Software...

...is wholly unsupported by any direct evidence. The authors' central argument is of course flawed based on the appearance of a causal relationship where in fact only coincidence has been established beyond doubt. A number of well-known software runaways and failures are mentioned, but I don't know of any where the original case studies attributed the failure primarily to the lack of "an established profession of software architecture". The authors get around this problem by redefining the conclusions and suggesting that all faults may eventually be explained by architecture. It seems to me self-serving and circular.

2. A Flawed Analogy with Building Construction

Second, the authors attempt to reinforce their argument with the proposition that the analogy with building architecture is self-evident. Buildings need architects. Software is like building. Therefore software needs architects. Hmmm. I am reminded of Bernard Rudofsky's book "The Prodigious Builders" which celebrates the history of vernacular architecture. That is, architecture without Architects (unfortunately a stunningly boring book for what ought to be a highly inspirational subject).

I particularly disagree with the authors' contention that software is not developed: it is built (with a sense of finality). The Google-inspired trend towards the perpetual beta is the most visible evidence to the contrary. The authors object to the notion that to develop implies to unfold, uncover, and make known. On the contrary, I find this a most apt description of what we do within the software profession: the youth and continuing innovation within the field does mean that software development and the architecture it requires is more akin to exploration, invention and discovery than to a formalised application of the tried and true.

I began to renew my hope for the book as it explored the historical foundations of architecture. Michelangelo can truly lay claim to the title of Architect ("master builder"); his work on St Peter's Basilica epitomizes the unltimate balance between function, beauty, and structure, 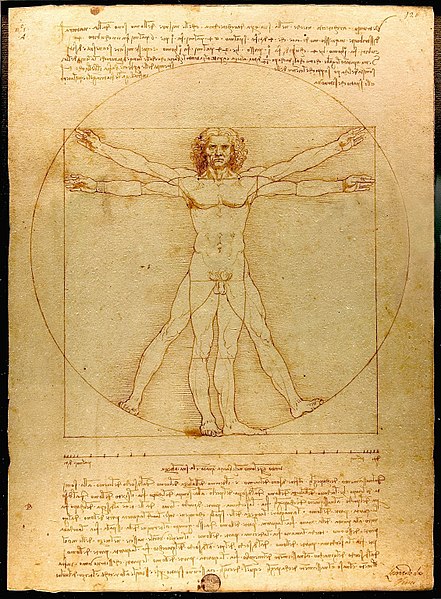 Vitruvius is famous for asserting in his book De architectura circa 50BC that a structure must exhibit the three qualities of firmitas, utilitas, venustas — that is, it must be strong or durable, useful, and beautiful. A sense of proportion and harmony is represented in Leonardo Da Vinci's famous illustration of Vitruvian Man.

Such ideas begin to shape the conventional definition of an architect. A master who not only understands structure, utility, and beauty in order to successfully render a design into plans, but has the practical experience to supervise their realisation through construction.

At this point, I think the authors are getting onto the right track. However they stumble at the last post by then inexplicably turning this into an argument for a limited and specialised concept of a "Software Architecture Profession", where the architect only retains responsibility for venustas (design/beauty). Utilitas (function/utility) is the client's problem, and firmitas (form, materials, logistics) is the province of the engineers, scientists and code monkeys.

Time for the Renaissance?


The authors' call for the codification and ossification of a software architecture practice is I think at least 50 years premature.

What an "Architect" needs to be concerned with is still going through successive waves of tumultuous change. Up to the green-screen era, computer system architecture necessarily had a strong hardware component. Come the GUIs and increasing processing power in the 90s, it seemed a singular focus on "software architecture" as a technical discipline was a valid vocation. Now the waves of web-driven innovation and the emergence of the "Rich Internet Application" is again challenging our notions of what architecture entails. And again, the "real world" is encroaching the pure software realm with the rise of increasingly powerful and widely available mobile computing platforms (think iPhone, Android), and the revolution in pervasive automation (think Arduino).

I think the Java Posse were spot on when they discussed the growing need for cross-fertilisation and collaboration between designers and developers on podcast #247 - Design and Engineering. This is a time of divergence, not convergence, in the business of producing software & technology-based systems.

In truth, I question how appropriate both words are in the term "Software Architect":


I don't know what you should call the people who have the experience and ability to lead others to do amazing things with the information technology we have at our disposal.

I'm just pretty sure that "Software Architect" doesn't even come close to being adequate. And building a "profession" around a woefully inadequate definition is a one-way ticket to irrelevance and obscurity.
read more and comment..

... but I have to know: is there a MAXI version? A pity it seems to have been designed by designers for designers, and not your typical O'Reilly, Apress or Wrox reader;-) 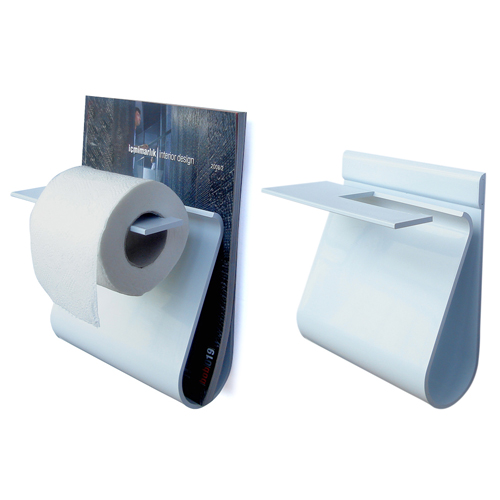 Why would you open source a framework?

Interesting to listen to Scott Hanselman and Richard Campbell talking over the rationale for open sourcing Microsoft's ASP.net MVC framework on Hanselminutes show #175.

Part of the answer was a general desire to nudge Microsoft further towards embracing open source: "Why wouldn't you?". Which is admirable.

Partly it is a desire to open up the innovation envelope: Scott talked about his experience releasing TweetSandwich, and then seeing the unexpected derivative applications developed using the source as the base. Designing a framework is a daunting task. By definition, most of the framework's possible uses are not known ahead of time.

Take a listen to The Java Posse #241 which also came out this week, where they discuss the challenges of design as it applies to frameworks. One of the great concepts they talk about is how the best frameworks invariably have well designed escape hatches, to make sure you can overcome that typical problem of '..but the demo worked so well!'

Personally, I think having access to the source code of the framework is one of the most effective 'escape hatches' you can have.

Even if you never plan to fork or modify the framework, the ability to dive in and examine the source when things are not quite working as expected is really the difference between a framework you can work with, and a framework that will be discarded after a couple of projects. It is one of the great things about rails: often the documentation comes up short, but when you look at the api, the source code is but a click away!
read more and comment..

Tweeting from your database with short urls

There's something cheekily enjoyable about getting all manner of 'non-human' things to tweet. I've heard of plants tweeting, but until I saw Lewis Cunningham's post announcing ORA_Tweet, I hadn't even thought of getting Oracle Database onto twitter.

Saturdays are good for little projects, so I thought I would add URL shortening service today;-)

Since twitter famously limits you to 140 characters, it is conventional to use a url-shortening service to include hyperlinks in your tweet. So my little play for today was to pair that idea up with ORA_Tweet.

There are a range of URL shortening services available including snipurl and tinyurl (here's a survey of services). I've been using is.gd for a while though, since it sports the simplest GET request 'api' you could imagine, making it great for ad-hoc programmatic use.

So I add an extra package called SHORT_URL which has just two functions:

encode_url the main wrapper around the http://is.gd call to get a short url for the one you provide.

encode_text is a more convenient function that takes a block of text, and will replace all the urls it contains with the appropriate shortened versions.

Then there's just one change to the ORA_TWEET package body:
Now you can go wild with URLs in your database tweets:
Building on Lewis' original justification for building ORA_Tweet, you could for example include links to a report page or admin screen when your long-running process sends you its "I'm done" tweet.

That's if you need justification;-)