LEAP#100 Retrogaming on an Arduino/OLED "console"

(blogarhythm ~ invaders must die - The Prodigy)
Tiny 128x64 monochrome OLED screens are cheap and easy to come by, and quite popular for adding visual display to a microcontroller project.

My first experiments in driving them with raw SPI commands had me feeling distinctly old school, as the last time remember programming a bitmap screen display was probably about 30 years ago!

So while in a retro mood, what better than to attempt an arcade classic? At first I wasn't sure it was going to be possible to make a playable game due to the limited Arduino memory and relative slow screen communication protocol.

But after a few tweaks of the low-level SPI implementation, I was surprised myself at how well it can run. Even had enough clock cycles left to throw in a sound track and effects.

Here's a quick video on YouTube of the latest version. ArdWinVaders! .. in full lo-rez monochrome glory, packed into 14kb and speeding along at 8MHz.

Full source and schematics are in the LittleArduinoProjects collection on Github.
read more and comment..

The Fretboard is a pretty simple Arduino project that visualizes the build status of up to 24 projects with an addressable LED array. The latest incarnation of the project is housed in an old classical guitar … hence the name ;-)

All the code and design details for The Fretboard are open-source and available at fretboard.tardate.com. Feel free to fork or borrow any ideas for your own build. If you build anything similar, I'd love to hear about it. 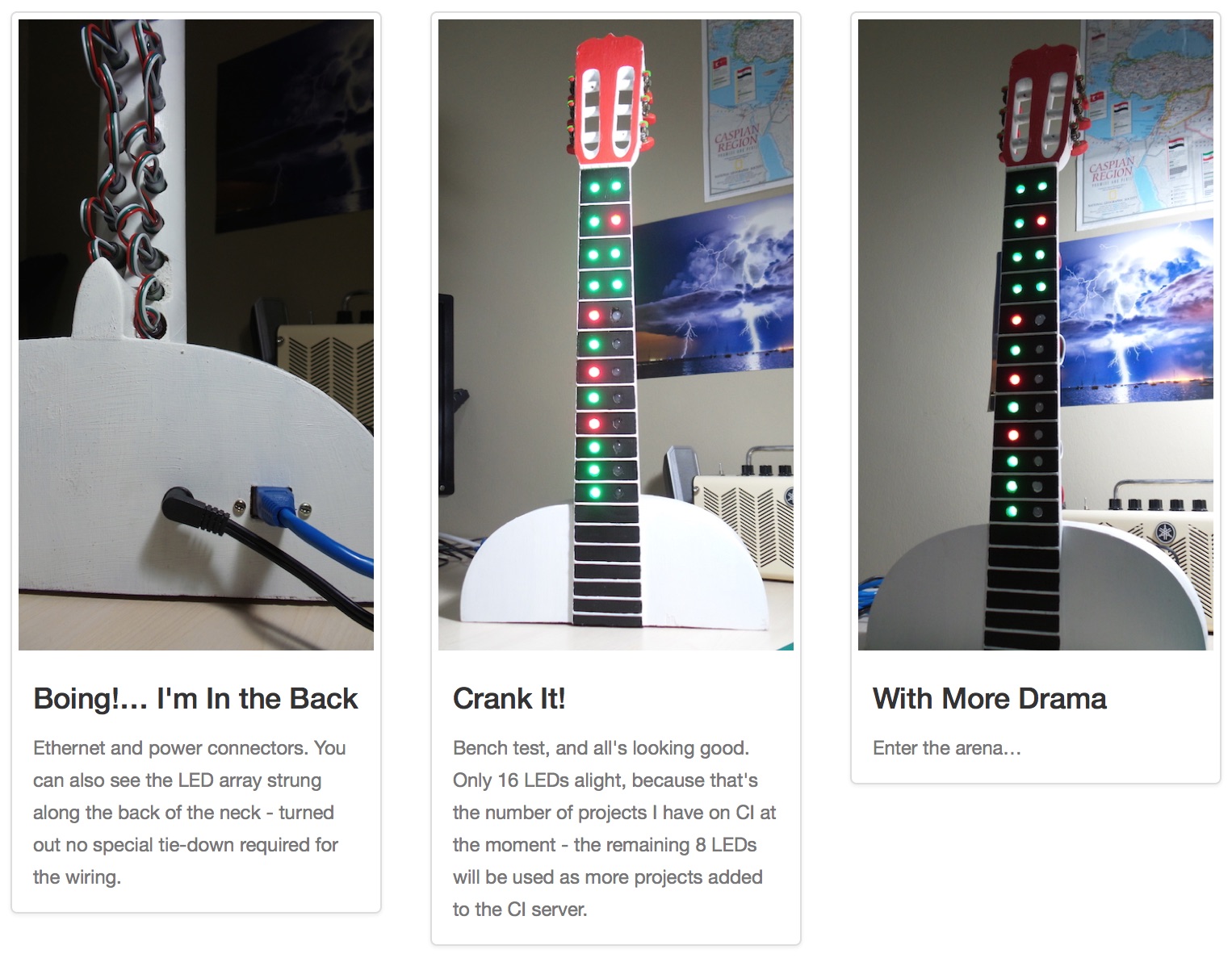 cancannible role-based access control gets an update for Rails 4

Can You Keep a Secret? / 宇多田ヒカル

cancannible is a gem that has been kicking around in a few large-scale production deployments for years. It still gets loving attention - most recently an official update for Rails 4 (thanks to the push from @zwippie).

And now also some demo sites - one for Rails 3.2.x and another for Rails 4.3.x so that anyone can see it in action. 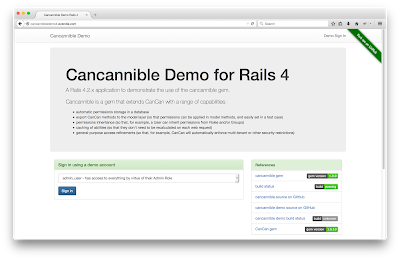 So what exactly does cancannible do? In a nutshell, it is a gem that extends CanCan with a range of capabilities:

The 555 timer chip has been around since the '70s, so does the world really need another website for calculating the circuit values?

No! But I made one anyway. It's really an excuse to play around with HTML5 canvas and demonstrate a grunt & coffeescript toolchain.

See this running live at visual555.tardate.com, where you can find more info and links to projects and source code on GitHub.