As any good electronics hobbyist must have done, I’ve already built a decade programmable resistor box - see LEAP#414 - but this is one with the Boldport twist. Yes, real pots.

A decade box is an old-fashioned bit of test equipment, allowing an arbitrary resistance to be dialed up to order. 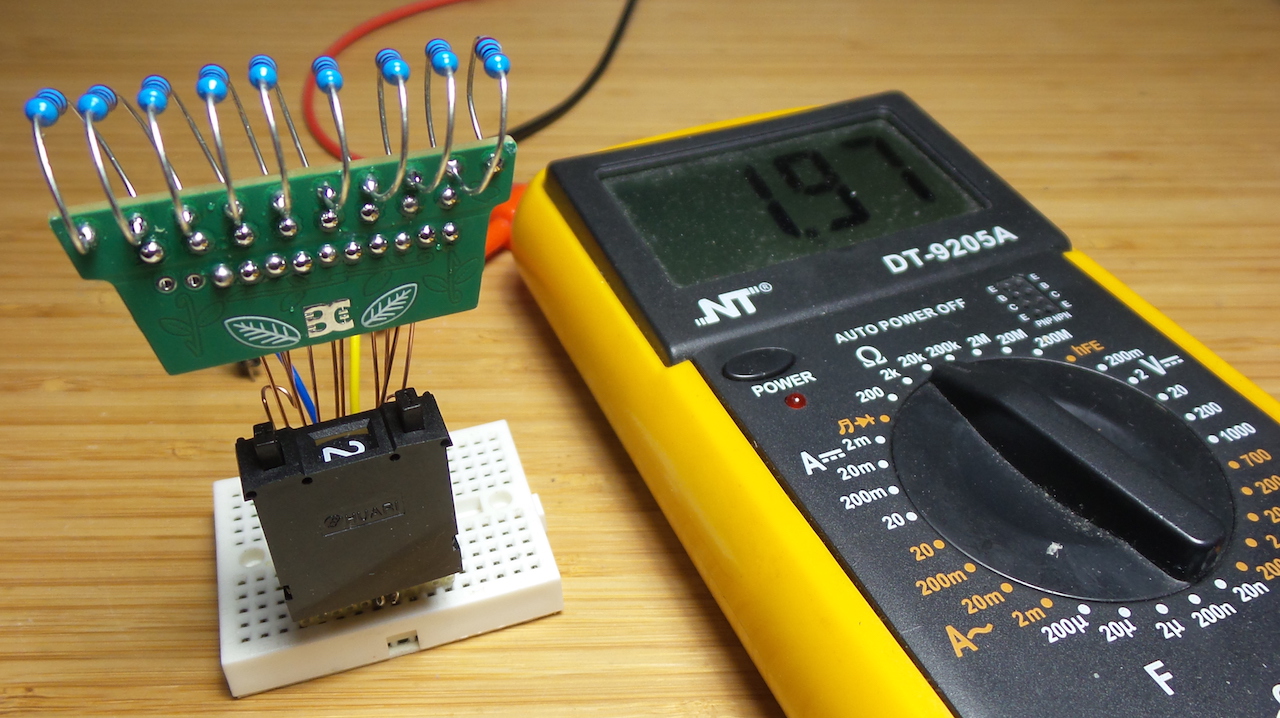 “Pollen8” is an exploration of contrasts and patterns in a freeform wire circuit.

I was interest in playing with a design that avoided the harsh angularity of most electronic circuits, instead using graceful lines that attempt to mimic a more organic structure.

The second goal was to achieve a chameleon-like LED display, where the visual effect depends on the perspective of the viewer: random from some angles, but clearly sequenced from others.

I created this for the Hackaday Circuit Sculpture Contest.

As always, all notes, pictures and schematics are in the Little Electronics & Arduino Projects repo on GitHub 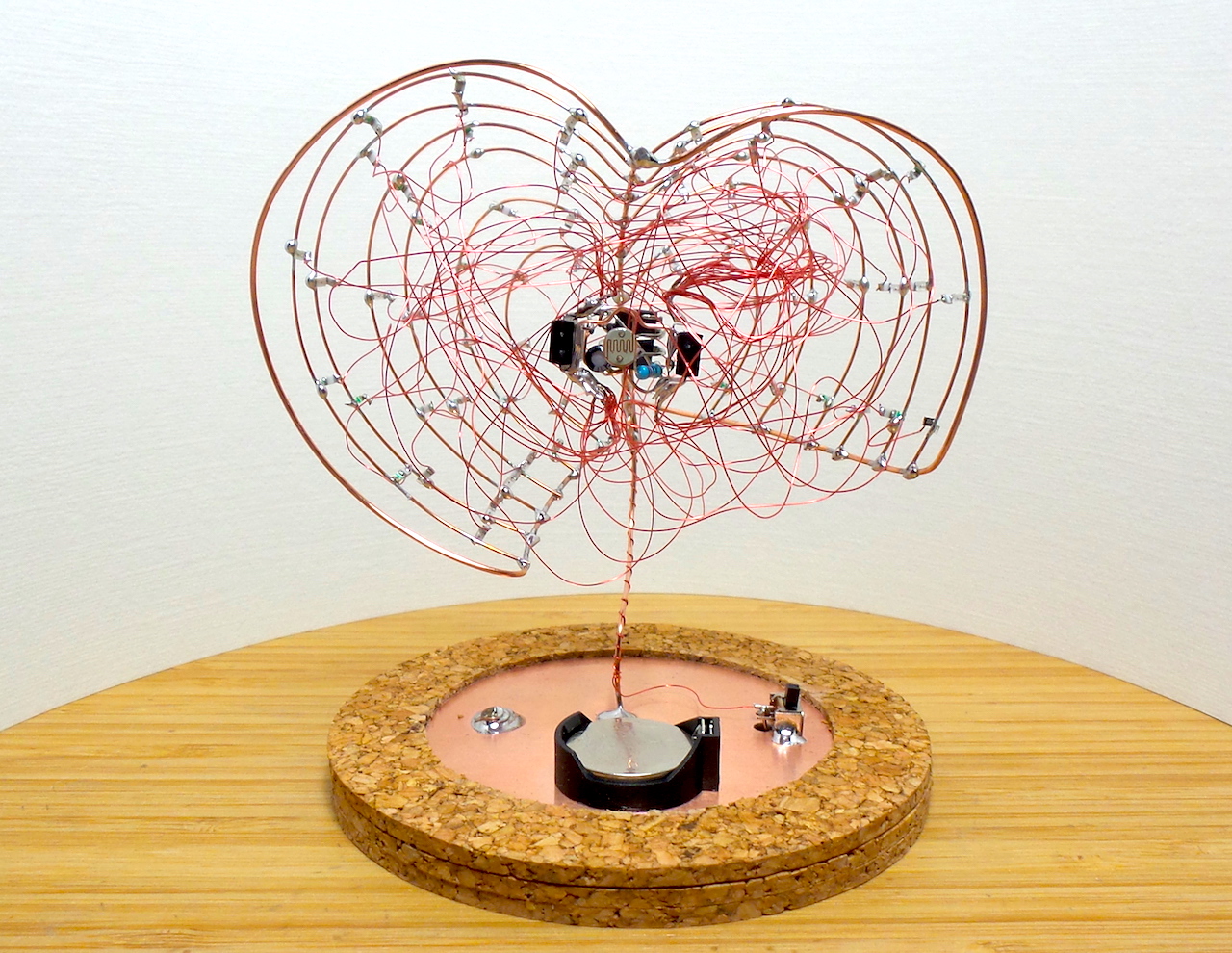 I wanted a simple way to log the voltage of the LEAP#439 QX5252 Solar Night Light, rechargeable battery to get a sense of the overnight discharge and daily recharge pattern.

It didn’t need to be particularly accurate, but I did want to get a fairly continuous log at least every 5 minutes or so. Sounds like a perfect case for some Arduino-powered data logging!

I could just capture some data locally to an SD card, but sending the data to the cloud is much more appealing, as it means I can access and do some analysis at any time without needing to be local to the device.

There are many established and roll-your-own solutions for this problem, but I’ve taken this as an opportunity to experiment in particular with Adafruit IO:

I was quickly impressed by Adafruit IO! It is extremely easy to get something simple up and running. It doesn’t over-reach in terms of features (or price), so I can see this being a great prototyping platform for relatively straight-forward control and data collection. But this also means you can probably imagine much more ambitious projects that require more than Adafruit IO has to offer.

For my initial problem - log some data about the state of a rechargeable battery over a couple of days - it was perfect. Literally took me 10 minutes from signing up at Adafruit to when I had data streaming into a feed. Doing more research on how it worked and writing my notes took far longer;-) 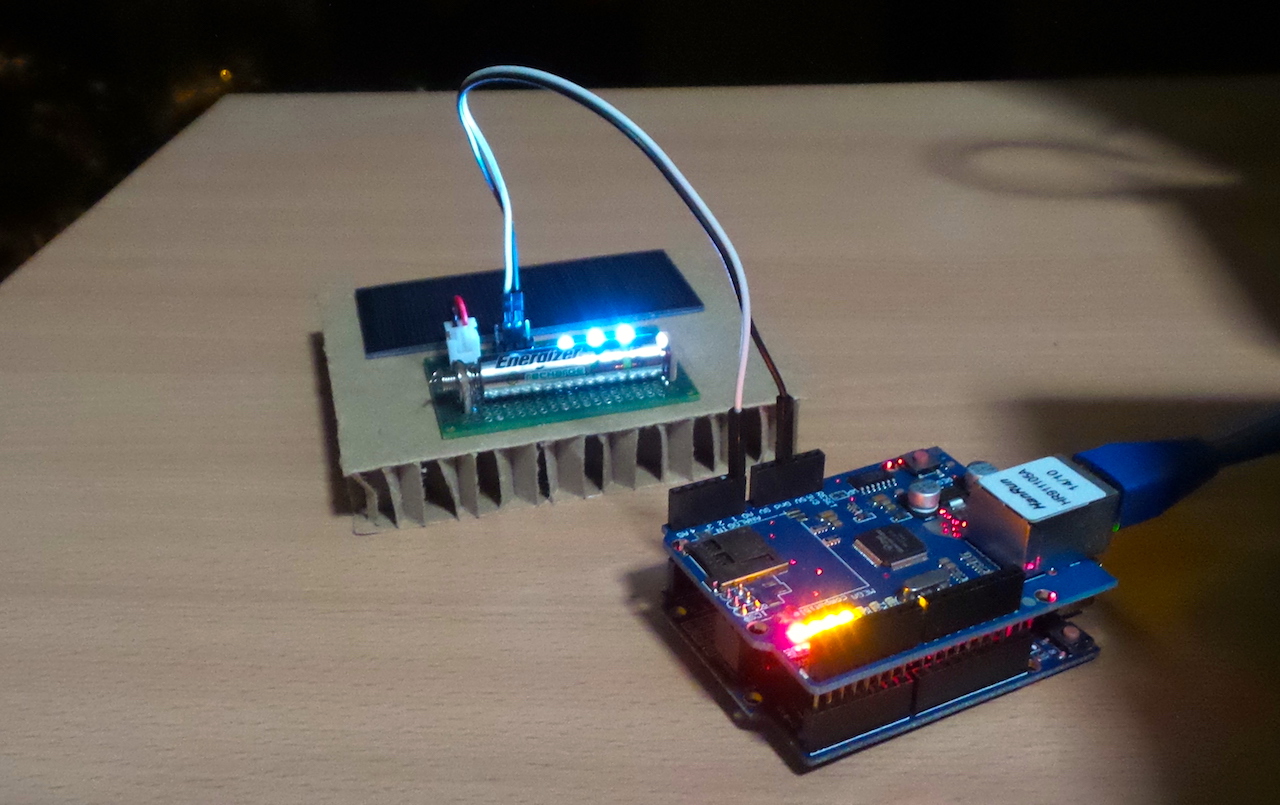 Here’s a sample of the voltage measurements I’m seeing on the dashboard:

Inside most solar-powered garden lights is an ingenious little circuit comprising a rechargeable battery, solar cell, inductor, LED and a little IC that does all the magic:

The chips that do the work are typically 4-pin TO-94 packages and come from various sources. Some of the most common are the QX5252 and YX805. I’m using a QX5252 here as it is the one I found a reasonable datasheet for.

There are DIP versions of these chips that have an additional light control pin that can either be used as a simple on-off, or to adjust the PVC voltage at which the LED cuts-off. I’m not using this as I have the TO-94 package version.

This project is a simple demonstration build of the standard solar-powered LED circuit. As always, all notes, schematics and code are in the Little Electronics & Arduino Projects repo on GitHub 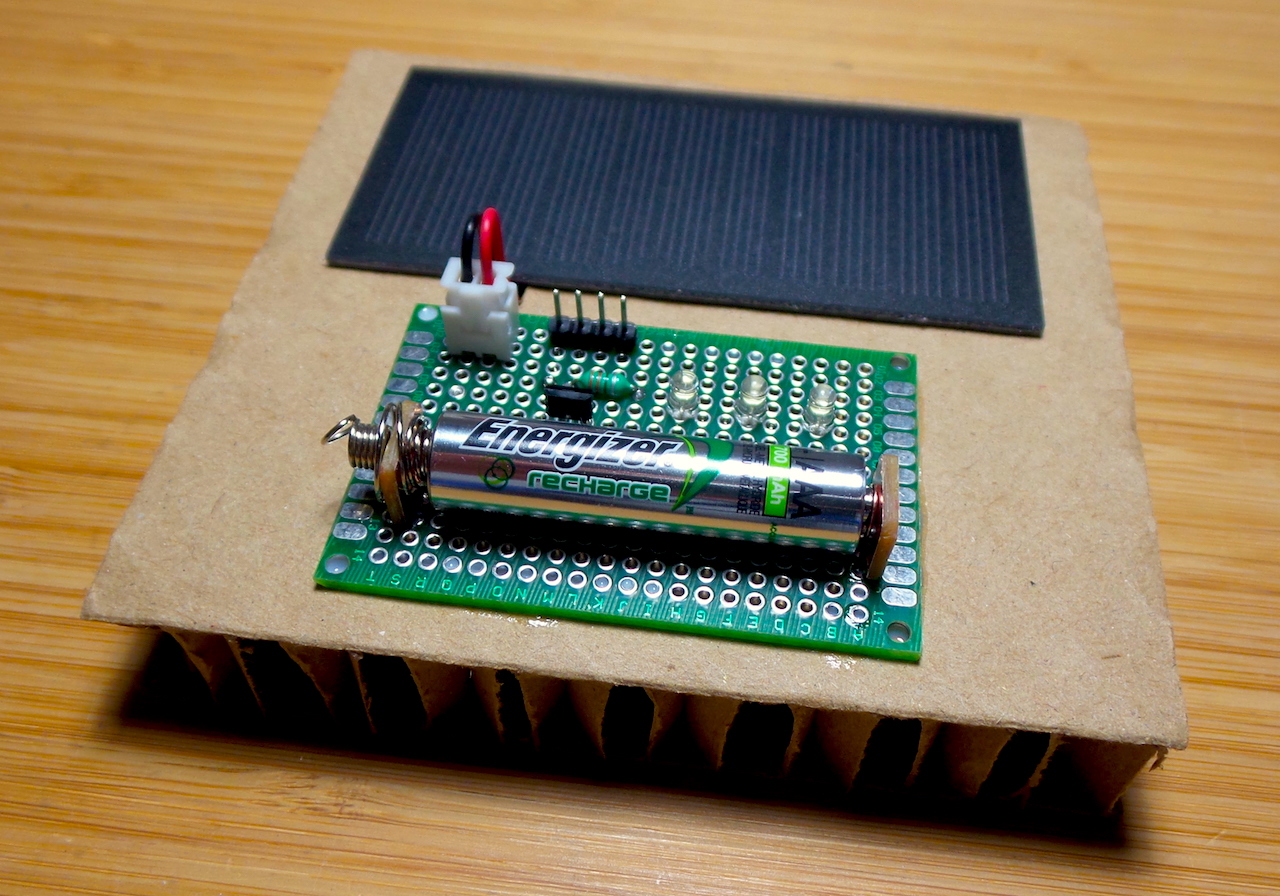 A quick demo of the switching based on light conditions: