It is amazing to see the art of the rich internet application (RIA) rocketing ahead over the past year or so, after a slow and troubled gestation over the past 12 years or so. Much of the progress has been incremental and focused on technical reimplementation of old non-web concepts (think event handling in a form GUI). Sometimes we take a big leap forward (think rails, prototype).

37signals arguably kicked of the current phase of web applications with basecamp that finally allow us to forget we are working in a browser (or was it writely? - now google docs).

Now we are seeing a selection of frameworks or products specifically designed for building modern RIAs. Rails is of course now fairly established in this space, but products like Flex, Air, Appcelerator and WaveMaker are redefining the envelope.

Well I'll be bold enough to say now that I think the guys from 280North have just redefined the cutting edge again with their powerpoint/keynote killer called 280Slides.

It's just out in public beta (isn't everything?), but I challenge you not to be impressed with just how much like a great piece of desktop software it is ... except you've also got the power of web access, sharing and delivery. Perhaps even more impressive is the story behind the app, which you can hear in an interview on net@nite #57. When these guys set out to write web applications (like 280slides), they wanted a real development environment - like cocoa which they were familiar with having worked at Apple. So they built a cocoa-compatible/Objective-C like platform that runs in pure javascript. That's what is running 280slides, but building it is like building any old cocoa app. NB: the platform is still being kept internal, but their intention is to go open source when it is ready for the wild.

280North have only recently gone public with 280slides and the platform they have been building. Interesting to see at the same time we have Apple announcing a more conventional javascript library SproutCore. Can anyone spell a-c-q-u-i-s-i-t-i-o-n  t-a-r-g-e-t? 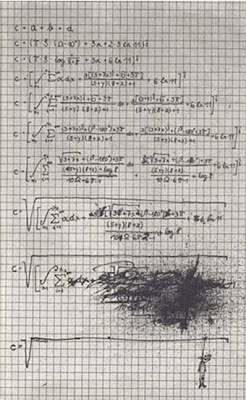 Uncommon Sense: Out of the box thinking for an in the box world

Looking down your tailpipe from level 56

The RSAF Black Knights got the nod to perform at this years National Day celebrations, which means aerobatics between the buildings in the CBD. Yeehaw!

Now, I've been in Singapore long enough to know that NDP celebration preparations are taken seriously, and you never have less than 4 practices of anything (including fireworks, to everyone's great enjoyment).

So with about two months to go, its seems the RSAF have started daily practice flying around the city. From my desk on level 56, I get a stunning view of the F-16s fly by at arms reach and then get thrown into a 180 degree climb. Stunning.

Looking forward to the next two months of this. Oh, and NDP itself;-)
read more and comment..