DBS, Intuit: Doing the Hard Yards for Transparency in a SaaS Era

I arrived back from Tokyo to the news of a major DBS snafu, involving the loss of the entire ATM network, Internet and mobile banking services for 7 hours on the 5th July. 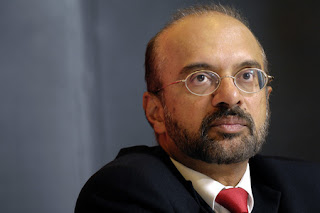 However, the unqualified apology by DBS' CEO, Mr Piyush Gupta, was truly a breath of fresh air. Not only was it devoid of the typical corporate hedging, but I believe it was the most frank and technically detailed account of a failure that I have ever read in the press.

Mr Gupta's response has actually increased my confidence and loyalty in the bank. Which is a rather unusual outcome for a screw-up.

NB: .. to the extent that I actually thought it rather mean-spirited and self-serving for the Monetary Authority of Singapore (MAS) to step forward and emphasize the fact that it was actually the MAS who ".. instructed DBS to give a full account of the incident to the public, including the actions it will take to prevent future recurrence".

I can't help but compare and contrast this to Intuit's woes of late. On 15th June, Intuit experienced catastrophic failures of their Intuit.com, Quicken, QuickBooks, and TurboTax services. Services were only restored more than a day later, and it wasn't until 7pm on the 16th of June that customers had any kind of detailed explanation.

In both cases, the organisations concerned were caught out in the short-term. Customers were affected and actively seeking answers within minutes. But the corporate responses can be measured in hours and days.

SaaS providers should take note! Better to learn the lessons from others rather than make our own mistakes. Two take-aways:

What is your realistic response time to a service issue? Can you identify a problem and open a communication channel with customers within minutes or the hour? And does this only really work during normal business hours, or is it 24x7? Prompt and open communication can avert a tsunami of customer complaints in a serious situation. Do you have that insurance in place?

Do you really have production change management under control? My natural assumption is that neither DBS nor Intuit have (a) the staging systems available, or (b) the procedures in place, to exactly and incontrovertibly test production changes. The nett of my years in enterprise computing: "never, ever, make a change in production that you haven't first tested and practised elsewhere". What is your situation, honestly?

Of course, reality bites. Notwithstanding any and all preventative measures you put in place, there's a good chance that one day you will find yourself in a situation as dire as DBS or Intuit (let's not even mention BP, which is a whole different ballpark). 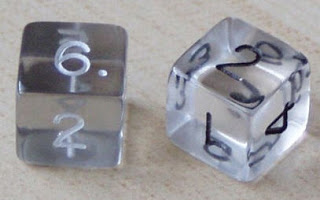 It may not be easy, but the DBS case in particular demonstrates that no matter how bad things are in the short-term, full and frank disclosure - and the balls to take unequivocal responsibility - are essential to getting you back on track. Transparency is not a gamble.

Blogarhythm: I think I must have written this post purely for the excuse of linking to Tell me, Tell me by S#arp, who are responsible for saving my sanity during a singular .com project back in the day.
read more and comment..

I was so-o tempted to buy one in Japan last week, so I'm happy that TODAY reports the Apple iPad will go on sale here in Singapore on Friday (23rd Jul 2010, with iPhone 4 expected on the 30th).

The biggest surprise for me was that it's only selling through Apple and authorised resellers. None of the local telcos will be offering it directly at this point.

Now, I definitely prefer not to have an operator or service provider involved in any of my device purchases, but I'd still be intrigued to know the inside story (Apple asking too much? Apple not interested in a deal for such a small market? Telcos don't see any real benefit without exclusivity? TODAY - go investigate and report on that, not just the pricing press release maybe?)

Secondly, and not so surprising: the pricing is real nice. Probably one of the lowest worldwide, and not encumbered by contracts.

I was in Japan last week and checked out the iPad (of course). I now know it's true: once you touch it you must have it. It is just so responsive and smooth to use, and the size and weight are just right for casual browsing and apps.

Remember the reports of 1km queues for the iPad in Japan back in May?. Well, now of course you just walk in and there are more demo units and helpful sales people than customers.

btw, I don't know where all the Japanese iPads went .. traveling all over Tokyo for a week and I only saw one being used in the wild (and the owner appeared to be American), with everyone else still glued to their flip phones. I wonder if it's just not private enough to be used on crowded public transport?

I didn't have the SG prices at the time, but as a general rule Singapore tends to be cheaper for tech. I [just barely] managed to resist temptation, and it turned out the right bet - at least from a financial standpoint.

Now I can go queue for an iPad in Singapore;-)
<brain style="state:on;fanboy:off;">..or maybe just wait a few more days</brain> 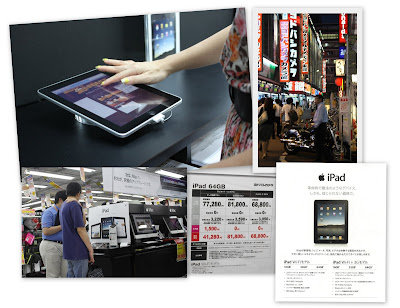 9th July 2010: lazy morning before jumping on the train to Mitaka and from there a short walk through the suburban backstreets to the Ghibli Museum - the showcase for the work of Hayao Miyazaki and his スタジオジブリ - STUDIO GHIBLI.

I've always wanted to visit, but discovered on past trips that tickets are extremely hard to obtain! There are some international ticket agents, but most of us need to buy at a Lawson's outlet once in Japan. The problem is that unless you are in Japan for some time, the odds being able to get tickets at Lawson's are not good .. and you also need to struggle with a Japanese touch-screen system;-) Luckily, this trip I was able to get my Uncle to buy tickets in advance. 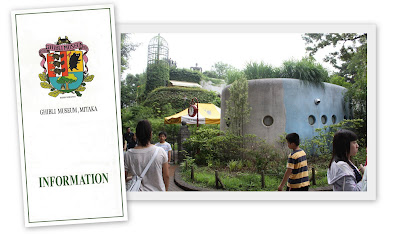 The museum is one of the very best I've ever visited. I absolutely recommend you put it on your itinerary when visiting Japan!

Whether you are a Miyazaki fan or not, this place can't fail to enthrall. The exhibits are fascinating, many using stroboscopic effects to produce live animation. All have clearly been designed, constructed, and maintained with loving care. This is not your typical two-blocks-of-wood-knocked-together-by-a-work-experience-student-and-probably-not-working-today kind of museum. 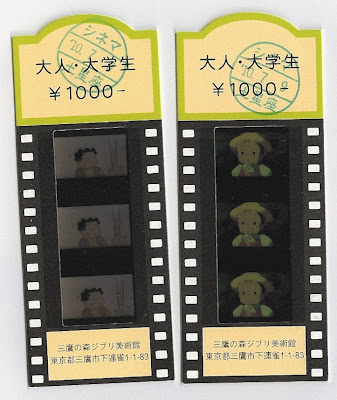 There are many hours to be enjoyably lost simply browsing the huge collection of paraphernalia from Miyazaki's life and work - sketches, paintings storyboards, models, research folios, books, books and more books.

Although Totoro is perhaps the most widely-known character created by STUDIO GHIBLI, I think Porco Rosso remains my favourite film of all. What's not to like in a movie about a seaplane-flying pig who fight's off air pirates and rediscovers his secret love?

Walking back to catch the train from Kichijōji turned out to be a good choice; found lots of places for a late lunch near the station. I must have had pigs on my mind, since we ended up at Tare-Katsu where they soak the katsu medallions in lovely brown sauce straight after frying. Yum! Note what they stamp on your loyalty card;-) 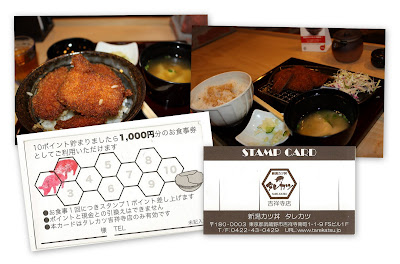 NB: I am retro-blogging Tokyo which is why this post is a little delayed
read more and comment..

8th July 2010: First night in Tokyo and we took a chance on a random live stage to see what's up. Joe bargained our way in at a small basement stage in Yotsuya (House of Rocks - Outbreak!) but really had no idea what we would discover.

Turned out we stumbled upon the 国吉亜耶子and西川真吾Duo, and one of the most inspiring performances I've seen in a long time. 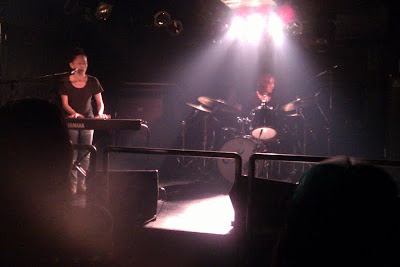 Ayako is an amazingly talented fruitcake of a piano player with unbelievably strong vocals that waver between haunting classical Japanese and Jagged Little Pill. Somewhere in the middle she evokes Wong Faye 王菲, and would possibly be as depressingly maudlin if it wasn't for Shingo laying down a solid groove on drums. Together they are a treat to see and hear.

The live performance is really LIVE, and they come over well on CD (Paragraph -節- is their latest), even if I do miss the quirkiness and humor of the live set. Like the poetic diatribes inbetween numbers that make you laugh even if you do not understand a word that is being said.

I don't know where you can buy their albums (the CD is mine!) and have no idea how to find them performing ... but look out for them, and if you do manage to catch them live, you won't regret it! 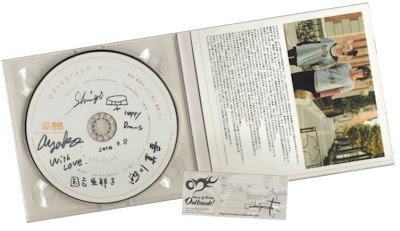 The Freeze by Phrase is a nice ohrwurm to get you started..

NB: I am retro-blogging Tokyo which is why this post is a little delayed
read more and comment..