Forgotten benefits of moving to the cloud..

Out of sight, out of mind.. no more gadget-purchase grief;-) 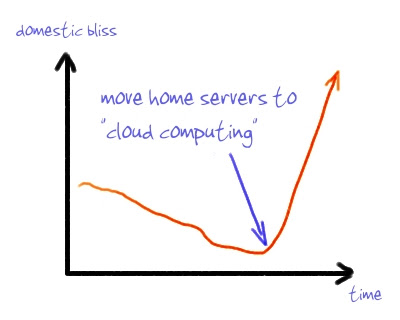 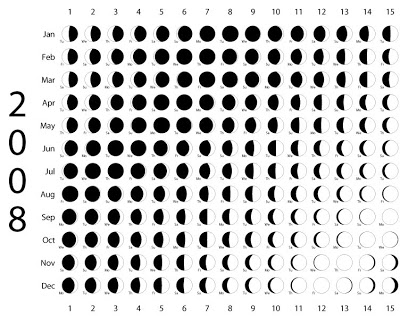 NB: the difficulty in tracking the moon also came up in relation to the challenge of measuring longitude. Accurate moon charts would have allowed mariners to determine their position even in the absence of accurate time-keeping devices. Predicting the moon's course in the end proved to be much more challenging than building a clock that could survive a nautical adventure and still keep good time. See Dava Sobel's Longitude.

The idea of the solar year - the complete cycle of the seasons from one solstice to the next - is fundamental to how we conceive the passage of time. But we don't often think about the difference between a sidereal year (time for the earth to complete one complete orbit of the sun), and the tropical year (time from one vernal [spring/March] equinox to the next). Or the fact that the year is so very slightly different if you measure between the June or December solstices or the September equinox. And then consider that the Earth is a huge object hurtling through space and subject to varying gravitational forces and other bumps and jitters.

Once you have boiled all this down, it seems a "day" is about the only fundamental unit of calendar time that makes sense. Everything else is just convention and approximation!

Considering the difficulty of measurement, and the many social, political and religious factors involved in common convention, it is quite extra-ordinary that we even have a universally accepted calendar today.

It is easy to forget just how recent a phenomenon this is, and how long its introduction was in the making.

The Gregorian calendar we use today was officially launched by Pope Gregory in 1582, but it wasn't introduced in Britain until 1752 with many countries not adopting it until the 20th century (for example, Russia in 1918 and Greece in 1924). Many quote Mao Zedong declaration of the People's Republic of China in October 1949, which included a point on the adoption of the Gregorian calendar, as the final triumph for a universal calendar (although many cultures still maintain parallel systems such as the Chinese lunar calendar). But do not forget that the flaws in Julius Ceasar's previous calendar had been know long before - the cause of much consternation at the Council at Nicaea in AD325 over the scheduling of Easter, and the subject of the monk Roger Bacon's must distressed entreaty to Pope Clement in 1266 to:

.. apply excellent remedies in this particular .. If then this glorious work should be performed in your Holiness' time, one of the greatest, best, and finest things ever attempted in the Church of God would be consummated.

All of this is of course the background to an epic tale that finds a thread through all peoples over all time.

Which is really the genius of David Duncan's work. He is a great explainer, and in telling the story of the calendar, he tells the story of much of human civilization. And where other "histories of the world" tend to struggle to fit a narrative thread across time and place, the story of the calendar provides Duncan with a perfect segue. The result is the most enjoyable, understandable and effective history lesson I have ever had.

If you have just the slightest interset in history or how the calendar came about as we know it, I couldn't recommend this book more highly.

Calendar for December from a French Book of Hours, written around 1470: 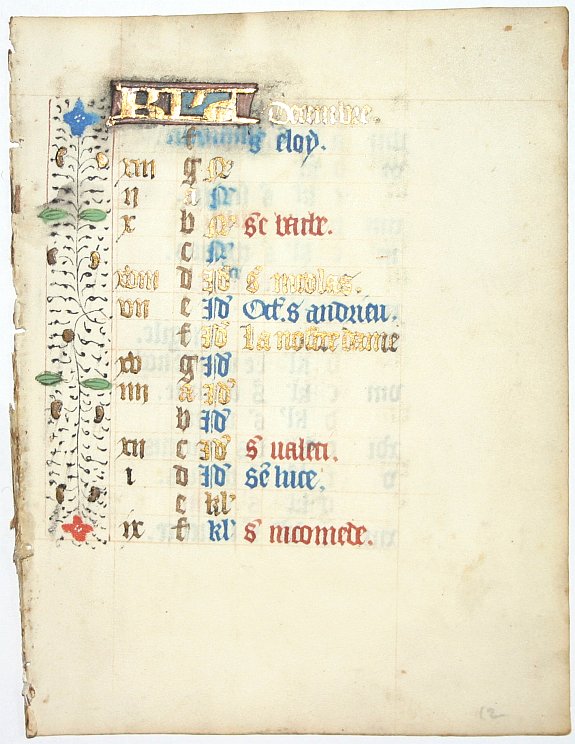 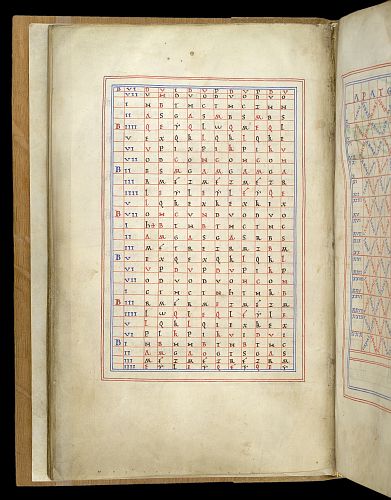