Whatever happened to BEAM robotics? Perhaps it was just a 90’s fad, now rendered irrelevant by cheap microprocessors. But just as we still enjoy tinkering with 7400-series logic, old and irrelevant technology has a special attraction for some;-)

And it turns out that these days there are some new tricks - such as using the QX5252/YX805 solar LED driver to boost the output of the photovoltaic cell (it’s like a joule thief in a TO-94 package).

“Vivian” is the result of my first experiments: a solar-powered jumping vibrobot that employs a classic FLED solar engine circuit with a QX5252 boost converter. 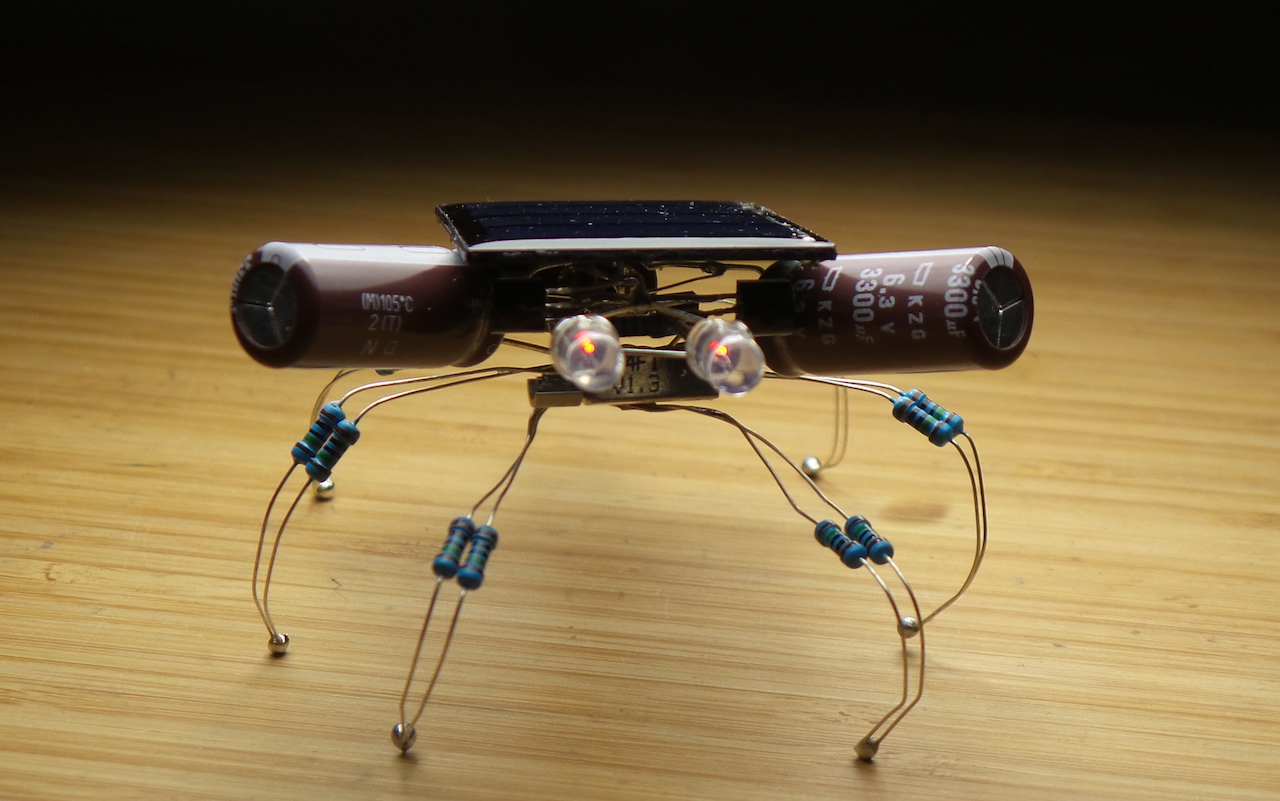