I’ve had the other half of the guitar I used for The Fretboard (LEAP#018) sitting on a shelf ever since. It’s almost been thrown out a number of times, but luckily I didn’t as it proved to be inspiration for this last-minute idea for a party decoration.

The basic idea, using as many on-hand parts as possible:

It worked just fine, although in the process I discovered the sound module I used did not output continuous reading but rather a threshold trigger (so the effect was not as subtle as I planned). Something to fix next time I want to fire this up… 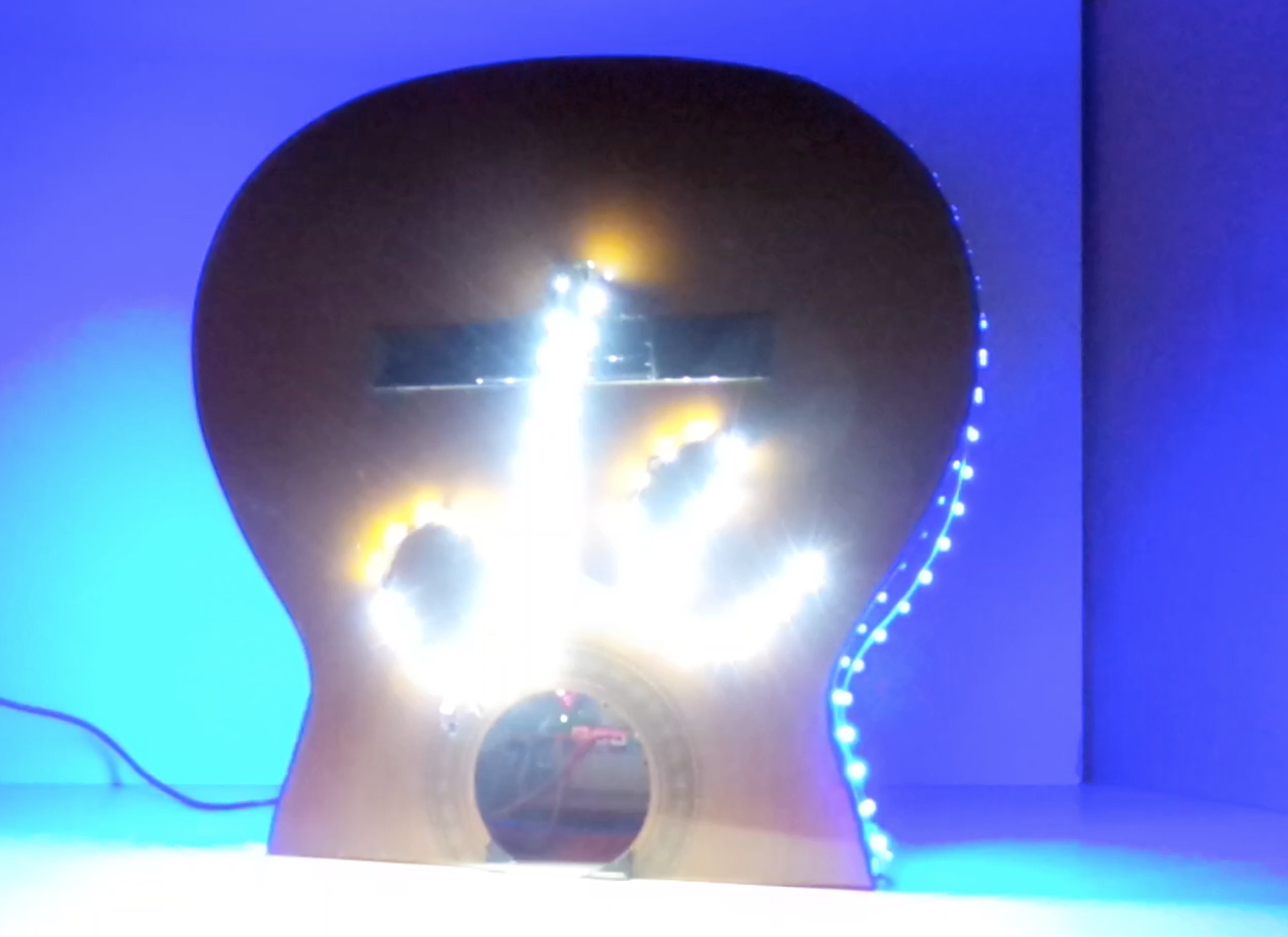