Cheap SDR dongles? Apparently it all started when a bunch of folks (Antti Palosaari, Eric Fry and Osmocom) found that the signal I/Q data could be accessed directly from the Realtek RTL2832U digital TV tuner chip, allowing it to be turned into a wideband software defined radio receiver with just a little extra hardware and softare.

Combined with a tuner front-end (commonly the Rafael Micro R820T2) in a USB dongle package with dinky antenna, these now show up in droves online for under $20.

I picked a random RTL2832U+R820T2 USB2.0 device from a seller on aliexpress. Like most, it is marketed primarily as a DAB/HDTV receiver, but first thing I did was throw away the Windows-only software provided, as I was more interested in the device as a broad-spectrum SDR receiver.

The other thing I learned is that the dinky 5” aerial provided with the dongle (and where I put it) is on the one hand surprisingly capable, while also having very little chance of picking out weaker signals! 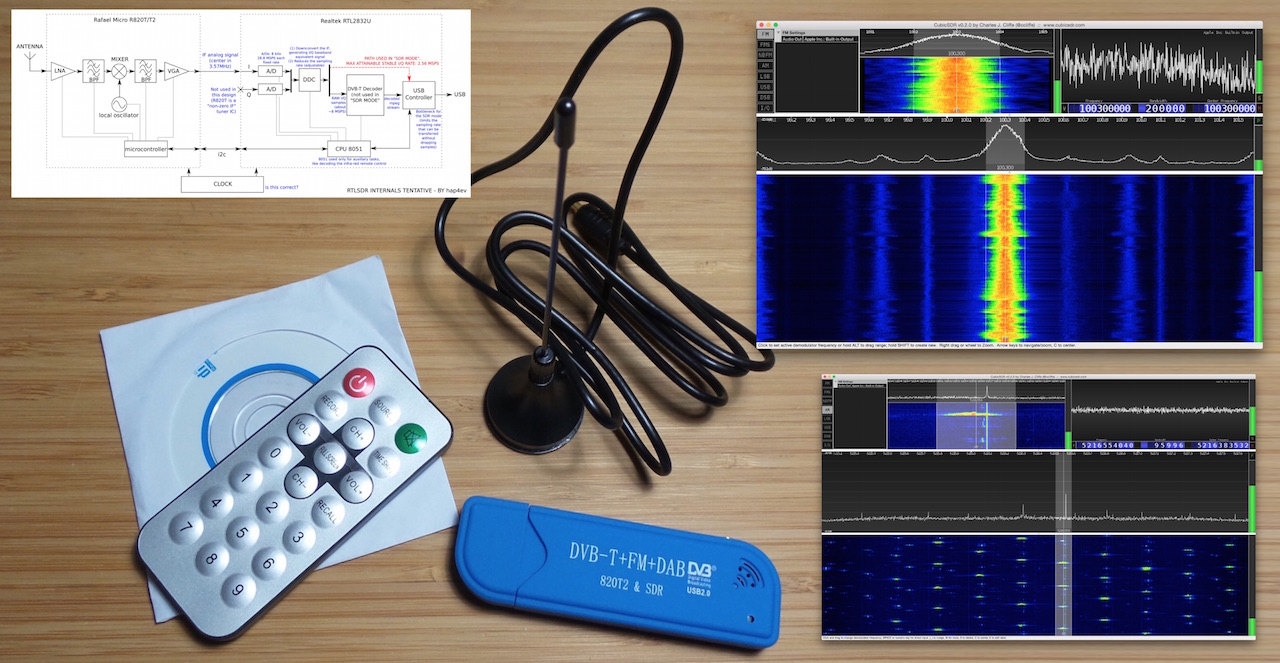