The MOS TAP circuit was originally published in Elektor magazine in Feb 1975. It was an update or the original TTL Tap circuit to use “state-of-the-art” COSMOS (CMOS) components.

The Boldport Club version of this venerable circuit makes an additional improvement by replacing the output stage BJT drivers with 2N7000 n-channel MOSFETs so that the project really does live up to it’s name!

I’ve added a few mods of my own - a mode switch and a test jig mounted on the beautiful Boldport box (too good to throw away). 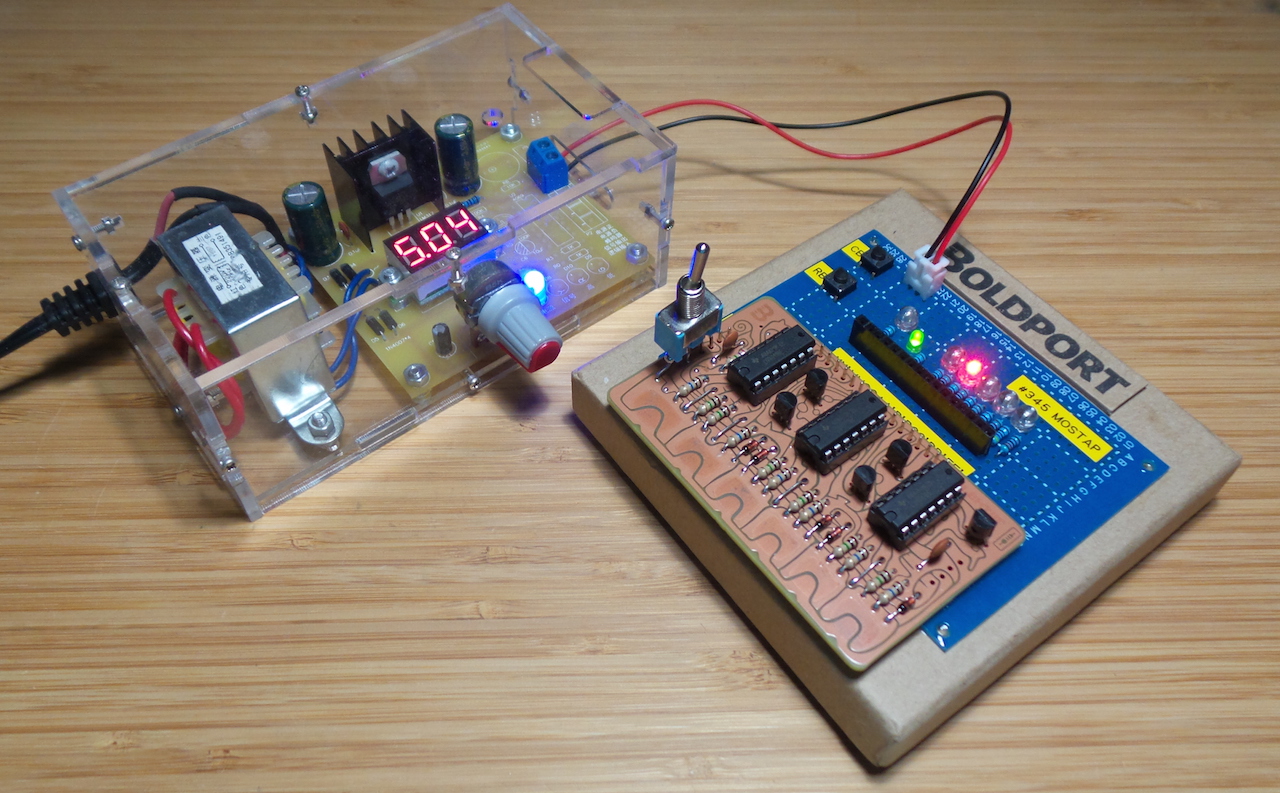