Learning not to love Java

Apr 9, 2009 Java Scripting Deep thoughts
3 minute read
Back in 99, I spent about six months procrastinating over a MAJOR decision (or so it seemed at the time).

To stick with the Microsoft camp - where I'd built up substantial experience through ActiveX to DCOM to COM, IIS and Commerce Server 3.0 - or jump onto the Java bandwagon?

Ultimately, Java won out, and along with millions of others, we've made Java the enterprise platform of choice (arguably).

The interesting point upon reflection, is that there was never any doubt in my mind that Java was somehow 'better' and more 'pure', in an academic sense.

Almost ten years later, I shocked myself recently when returning to Java after spending a good part of the past two years infatuated with ruby and rails and other scripting languages.

Where before I saw classical elegance, now my first thoughts were this sux and the language is just getting in my way.

First the verbosity kills me:

How many times do I have to tell the compiler what kind of object I am dealing with? Sure, I understand the benefits of the Factory pattern and the subtleties you can construct by virtue of the inheritance hierarchy. But most of the time, I just want the compiler to do what is most obvious, and don't make me write a novel for the most straight-forward tasks!

Then there's the language-promoted cultural phenomenon of class explosion. Need half a dozen value objects to represent the various information to be passed around in your domain? Sure! With unit tests all, I am sure. Most of the time, I'd now prefer to scream YAGNI!

But the true ephiphany was my run-in with primitives (again ... every year or so). Using JSP sessions as a perfect place to test this out. Take an int and stick it in the session:


What type is in the session? An Integer object of course. Java has cleverly done a type conversion for you, from a primitive to an object. But woe betide the simple developer who assumes this must be a commutative operation:


That's what I call a language actively getting in your way. Kind of like if you deposited $10 cash in your bank, but when you went to withdraw the money, the teller threw the shutters down and said you could only get your money back in government bonds.

So do I have a point or is this just a rant (and certainly one that is not as erudite as many have written)?

I guess I must be pretty slow to catch on to what others knew long ago. The true test comes down to being able to realise one's goals. For personal projects, I find I'm able to knock out complete (and impressive) applications in Rails, while I still have ten java-based ideas on the drawing board.

It comes down to whatever works. And it should. 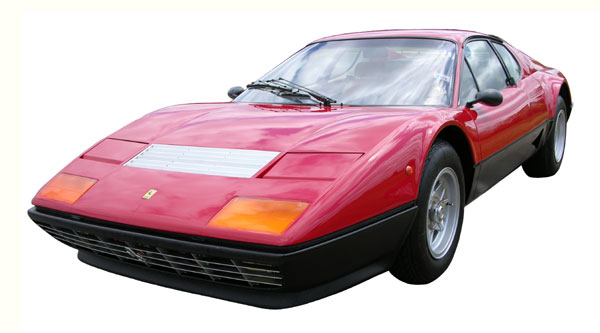 Does that mean I hate Java? Not at all. I still get a bit of a thrill out of its clean lines and voluminous open source library support. Much like seeing an aging and long-since outclassed 512BB. 'Classic' is timeless.

No. I don't hate Java, but neither do I love it the way it used to demand. I look back on my naïve 1999-self in wonder. Building experience is key, but it is a mistake to tie this to a language. Computer languages are the tools of our trade, and the more you know, the better you will be. When people mention Haskell, Scala, Eiffel ... do you know what they are on about, or do you just nod intelligently and pray not to get caught out?

With more tools at our disposal, we are better able to tackle new challenges in the most appropriate way.