restful_authentication and OpenID with Rails 2

Oct 4, 2008 OpenID Rails Security
1 minute read
Note to self: Yes! managed to navigate the various OpenID resources for rails and managed to successfully setup OpenID with restful_authentication on Rails 2.1.

There are a few tricks to be aware of. Prompted by a question on stackoverflow.com, I thought I would post my notes here.

Usually, you will be plugging open_id_authentication into your app's identity management framework. One of the most popular - and the one I've been using of late - is restful_authentication.

Getting restful_authentication working seems to require a few tweaks however - at least for the latest version found up on github.

Firstly, I've had no success directly installing it using the plugin script like this:

Rather, I've had to manually clone the github repository and manually setup the plugin directory:

Note that I'm cleaning up some of the git bits, and also changing the plugin directory name to use an underscore rather than a hyphen (Rails usually complains to me otherwise).

Setting up restful_authentication is then pretty straight-forward:

Note: if you don't already have the 'lib' directory in your application, it must be created first, otherwise the generator will fail.

Ryan Bates' Railscast on Openid is the best thing I've found to follow. Even though it was recorded with Rails 1.2.3, I've been able to successfully follow the tutorial with Rails 2.1.0. The only point to note is that for:

Installing open_id_authentication is then a doddle.

Follow the Railscast from this point to integrate OpenID with restful_authentication. 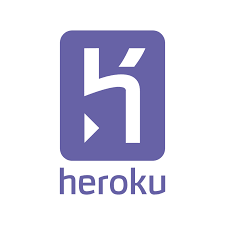 The plugin installation problems mentioned above also mean that you need to use a few tricks to get it working in a heroku-hosted application. I've found it best to clone your heroku app and add the restful_authentication plugin locally, and then git push it back to heroku when done.
Share this post!